A Fun Presentation on a Powerful Software Test Design Approach 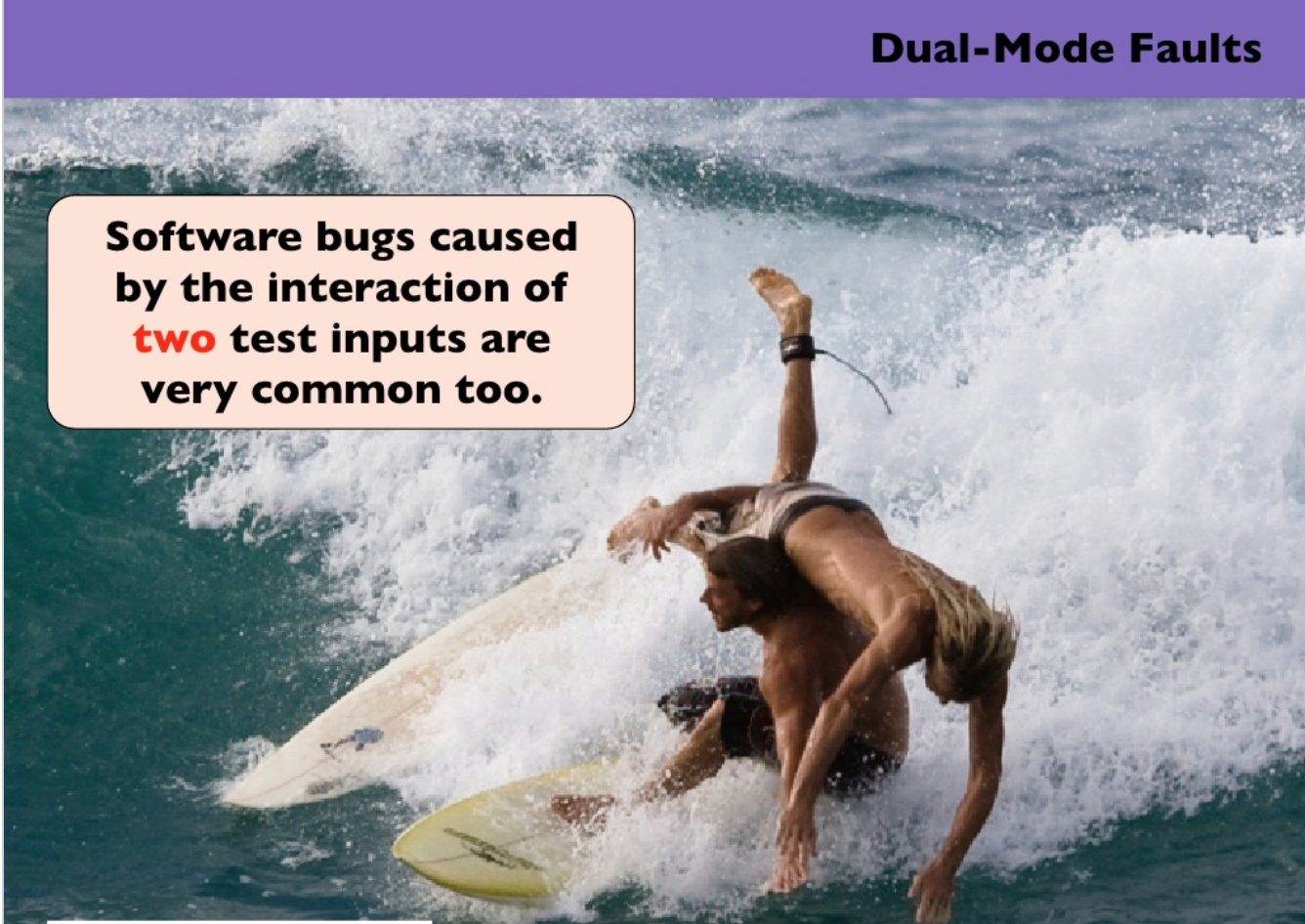 I put this together to explain combinatorial software test design methods in an accessible manner. I hope you enjoy it and that, if you do, that you'll consider trying to create test cases for your next testing project (whether you choose our Hexawise test case generator or some other test design tool).

Where I'm Coming From

As those of you know who read my posts, read my articles, and/or have attended my testing conference presentations, I am a passionate proponent of these approaches to software test design that maximize variation from test case to test case and minimize repetition. It's not much of an exaggeration to say I hardly write or talk publicly about any other software testing-related topics. My own consistent experiences and formal studies indicate that pairwise, orthogonal array-based, and combinatorial test design approaches often lead to a doubling of tester productivity (as measured in defects found per tester hour) as compared to the far more prevalent practice in the software testing industry of selecting and documenting test cases by hand. How is it possible that this approach generates such a dramatic increase in productivity? What is so different between the manually-selected test cases and the pair-wise or combinatorial testing cases? Why isn't this test design technique far more broadly adopted than it is?

My suspicion is that a significant reason that combinatorial software testing methods are not much more widely adopted is that many of the articles describing it are simply too complex and/or too abstract for many testers to understand and apply. Such articles say things like:

The strength of a covering array is t, which defines, for example, 2-way (pairwise) or 3-way interaction test suite. The k columns of this array are called factors, where each factor has |v| values. In general, most software systems do not have the same number of values for each factor. A more general structure can be defined that allows variability of |v|.

column i (1 ␣ i ␣ k) contains only elements from a set Si of size |vi|. (2) The rows of each N × t subarray cover all t-tuples of values from the t columns at least once.

A Different Approach to Explaining Combinatorial Testing and Pairwise Testing

In the photograph-rich, numbers-light, presentation embedded above, I've tried to explain what combinatorial testing is all about without the wonky-ness. The benefits from structured variation and from using combinatorial test design is, in my view, wildly under-appreciated. It has the following extremely important benefits:

Other Recommended Sources of Information on Pairwise and Combinatorial Testing: