What do people mean when they say "it works"?

What do people mean when they say "it works"?

Michael Bolton is one of the software testing industry's deep thinkers. He has an impressive ability to logically analyze testing problems and clearly explain complex issues. 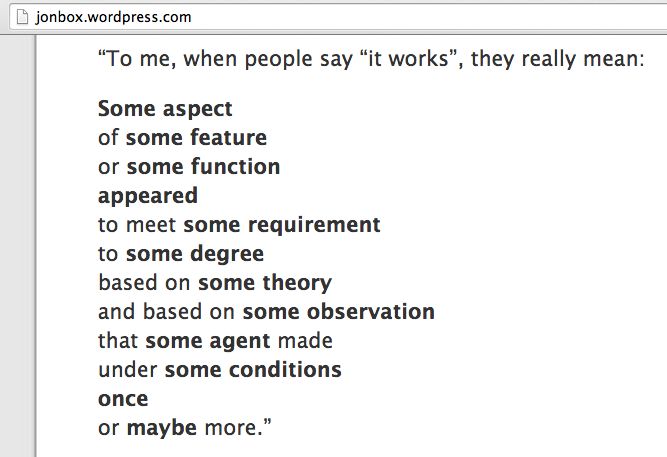 There's a lot of truth in those words, isn't there? I've shared these words from Michael in test design trainings I've done recently and found that they immediately resonate with quite a few testers. It seems that anyone who has been in testing for more than a while has seen teams of testers test a feature or function a bit, declare that "it works," only to discover later that the feature/function works in some situations but does not work in other situations.

What's a tester to do? We recommend testers use two deliberate strategies: use a rich oracle and cover critical interactions.

First, use a "rich oracle" to enage your brain more actively and train your eye to better recognize potential issues. Imagine the following scenario. 3 people are in a room. The first person, a guy plucked from the street outside at random, is given a set of 10 written test scripts to execute and told to follow the test scripts, step-by-step in return for a six pack of beer. Being a fan of beer, and endowed with the dual-abilities of being able to both read instructions and follow instructions, he performs what is asked of him dutifully.

In the room are two testers who are allowed to observe the tests being executed but who are not allowed to communicate.

I think you see where I'm going with this. My point is that the more curious approach adopted by the second tester is a far more valuable one to people who care about software quality. Why is this? Here too, Michael Bolton has words of wisdom to share that resonate well:

Second, testers should adopt test case design approaches in order to avoid the "under some conditions... once" risk. One of the most important benefits of using our Hexawise test case design tool is that, even with very basic pairwise test sets, every feature or function you test will automatically be tested multiple times. And under as many different conditions as possible in the time you have available.

After close to 10 years of introducing new groups of software testers to these types of test design approaches, people have a hard time believing how big efficiency and thoroughness improvements in this area are. That's why we always strongly encourage teams using our optimized test case selection approach to do apples-to-apples comparisons of coverage and defect-finding effectiveness. We work with teams to compare the coverage gaps of their existing "business as usual" test sets to how thorough they are when Hexawise is used to generate an optimized set of tests. Images of one recent coverage analysis is shown below. Data on defect-finding effectiveness and defect finding efficiency improvements resulting from optimized test case selection can also be found here. 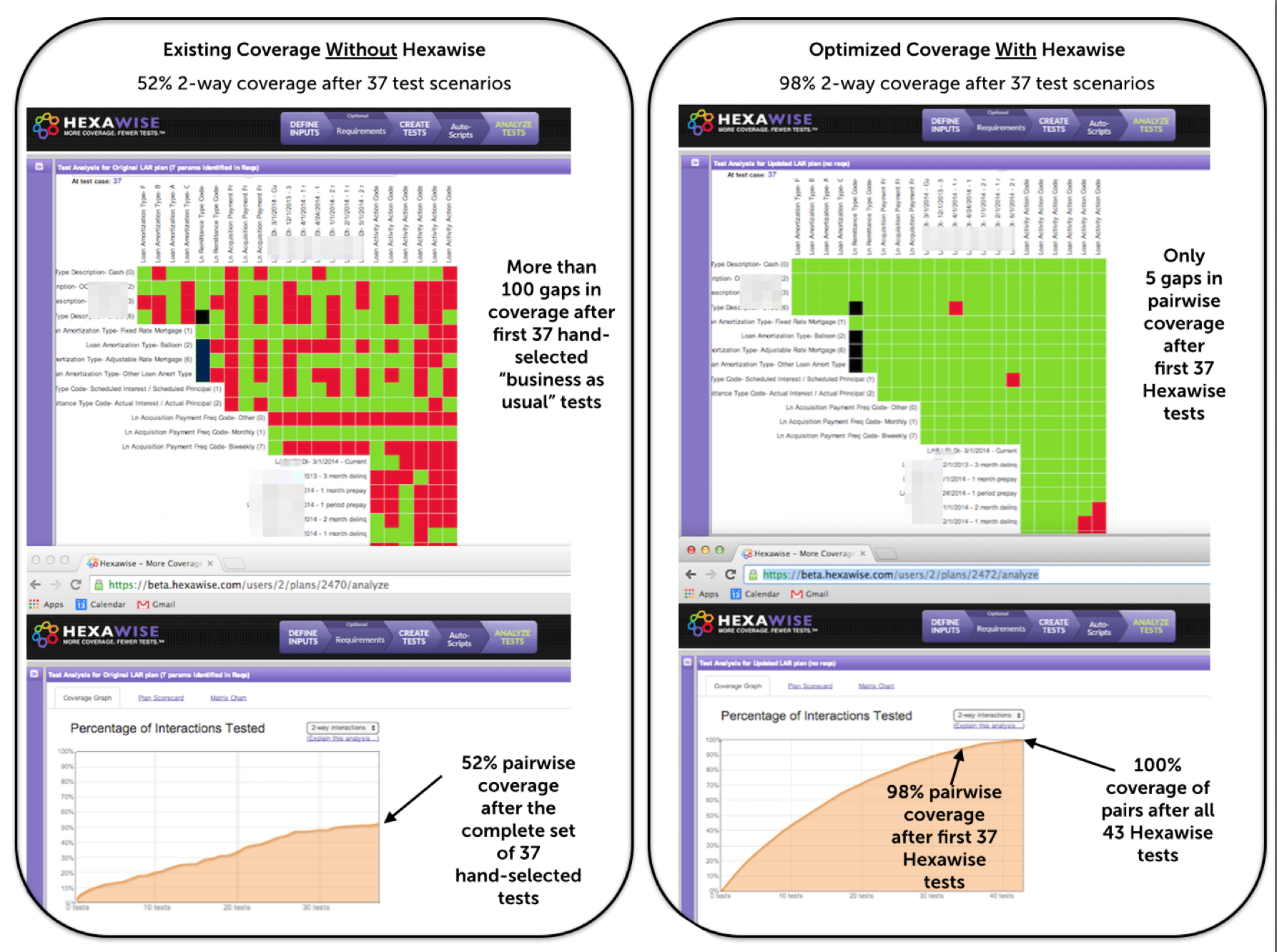 *With thanks to Jon Bach for sharing this on his blog.