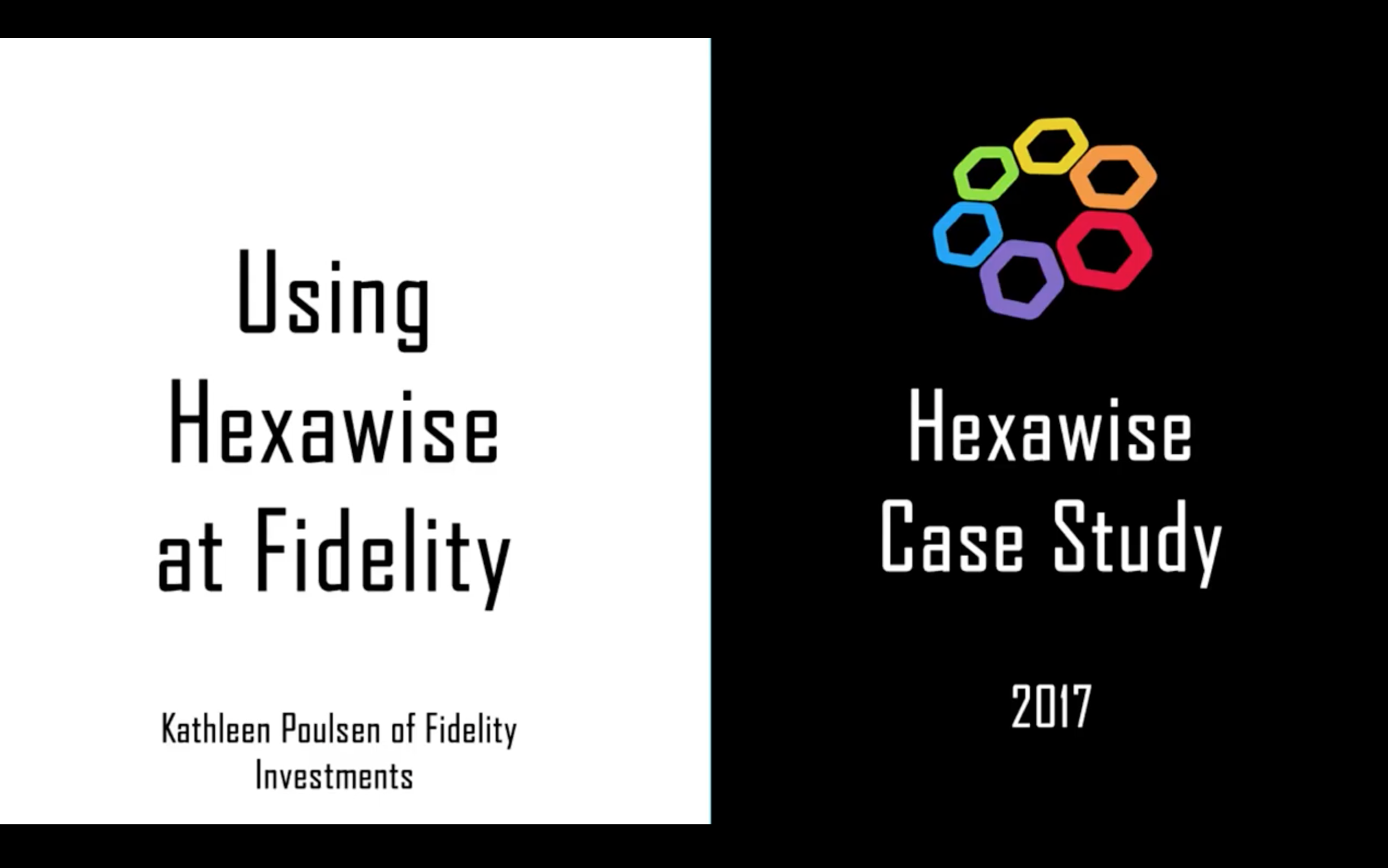 Hexawise sponsored an evening gathering with short talks on software testing by various experts. Kathleen discussed the use of Hexawise at Fidelity Investments, as seen in this video.

We hope you enjoy this video. We plan on added several more from the speakers at the evening sessions.

Quote by Kathleen, in the video:

We had more than 20,000 less than 30,000 test cases that were in place. 95% of them were redundant; either with the integration layer below them or themselves because people would come on board for 6 months and they would quit and go somewhere else and someone else would come along and reinvent exactly the same test.

I could see that now. When we went with in Hexawise we could see how many tests it actually took and just so small compared to what we had been testing. The first time I ran the full suite of [new Hexawise designed] tests I went back an hour later and I told the manager "we're done you can move ahead you're all right now." By "move ahead" I meant promote to a new environment. And he said, "what, I thought I would see you again in 2 weeks", but it was the same day.

That's the kind of difference it is making.

The complexity of managing testing over time on complex software is a serious challenge. There are many ways in which Hexawise makes that process more effective and less burdensome.

Our core competency here should not be around how to use a tool. And the problems that I have had with some of the open source tools is they took a heck of a lot of effort just to use them. And Hexawise was a lot simplier.

Related: Examples of the Benefits of Using Hexawise at a Large Bank QA Department - How Do You Know You are Executing the Right software Tests? - Hexawise Test Plan Revisions