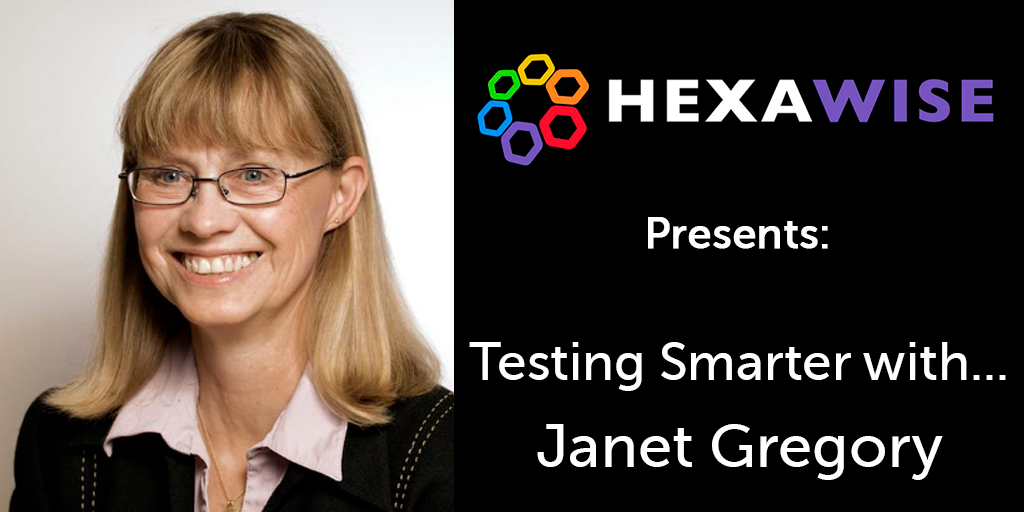 This interview with Janet Gregory is part of our series of “Testing Smarter with…” interviews. Our goal with these interviews is to highlight insights and experiences as told by many of the software testing field’s leading thinkers.

Janet Gregory is an agile testing coach and process consultant with DragonFire Inc. Her peers voted as the Most Influential Agile Testing Professional Person in 2015.

She is the co-author with Lisa Crispin of Agile Testing: A Practical Guide for Testers and Agile Teams, and More Agile Testing: Learning Journeys for the Whole Team. She is also a contributor to other software development books. 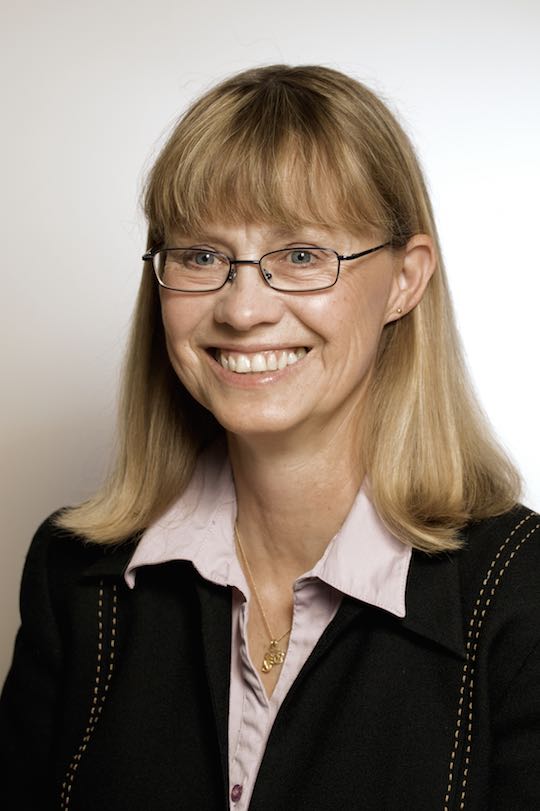 Hexawise: If you could write a letter and send it back in time to yourself when you were first getting into software testing, what advice would you include in it?

Janet: Dear Janet, Talk with the programmers instead of writing bug reports. You will save time.

Janet: I think it might be with an organization whose QA Director had the foresight to get the testers trained and understanding their new roles before the programmers did. By the agile teams were created and set up, the testers were ready and started at the same time. They didn’t have the normal issues of mini-waterfalls that most teams I see experience when they first transition.

Hexawise: What testing practice(s) do you most wish the software testing community would embrace?

Janet: Learning to work through examples with their teams before coding happens so that the whole team has a shared understanding of what they are building. It makes it so much easier to test a stories and features. Of course, along with that, they need to be able to explore the system to find out what they didn’t think about.

Janet: I had to go back and reread the article you mentioned and it is still valid. My suggestions would be very much like they were then, perhaps with a few wording changes and maybe some updated links such as the SoftwareTestingClub is now The Ministry of Testing or (MoT).

I have a whole keynote at Star Canada on “Key Skills and Attributes for everyone who tests software.” That the video will be available after the conference.

Hexawise: How have you seen the practice of agile software testing evolve over the last 5 years?

Janet: I think the biggest change I see (not including technology changes), is the inclusion of operations – DevOps. With Katrina Clokie’s new book “A Practical Guide to Testing in DevOps”, I expect to see testers getting more involved in the whole development pipeline.

Janet: That’s a really big topic, but a couple of ideas I do have are:

Talk with the programmers instead of writing bug reports. You will save time.

Janet: I already mentioned Katrina’s book. Another good one is Elisabeth Hendrickson’s Explore It!. As far as blogs go, there are so many that it is hard to pick a couple. I often look at Testing Curator to see a nice consolidation of articles and blog posts.

Janet: The first half hour (or hour) of most mornings is spent looking at new blog posts / articles, sometimes bookmarking them to read later in the day. I may see a new book mentioned on twitter that I want to read and order that. I also love going to conferences to see what people are talking about. I could probably spend all my time learning if I didn’t have to do anything else.

Hexawise: A great deal of making agile testing successful is a factor of how the organization practices agile within the organization, by which I mean things that are not exclusively related to software testing (so things like providing customer value, working together instead of in isolated departments, flexibility). What favorite sources (books, articles, blogs, people) on practicing agile methods (even if they are not focused on software testing)?

Janet: Two that come to mind are: Matt Wynn’s writings on example mapping, and Ellen Gottesdiener and Mary Gorman’s book “Discover to Deliver” for thinking about requirements elicitation.

testers need to understand what is important to the business, and be able to articulate the power of testing in words that they understand. 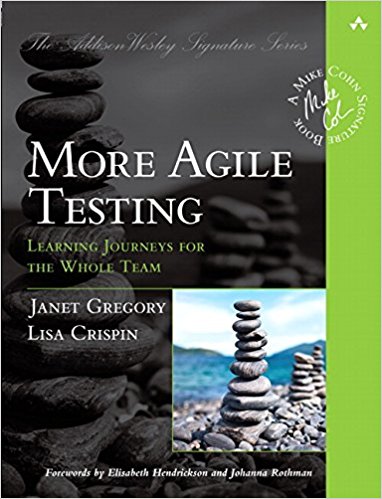 Janet Gregory is an agile testing coach and process consultant with DragonFire Inc. She is the co-author with Lisa Crispin of Agile Testing: A Practical Guide for Testers and Agile Teams, and More Agile Testing: Learning Journeys for the Whole Team. She is also a contributor to other software development books. Janet specializes in showing agile teams how testers can add value in areas beyond testing the software after it is built.

She works with teams to transition to agile development, and teaches agile testing courses worldwide. She contributes articles to publications and enjoys sharing her experiences at conferences and user group meetings around the world. Her peers voted as the Most Influential Agile Testing Professional Person in 2015.